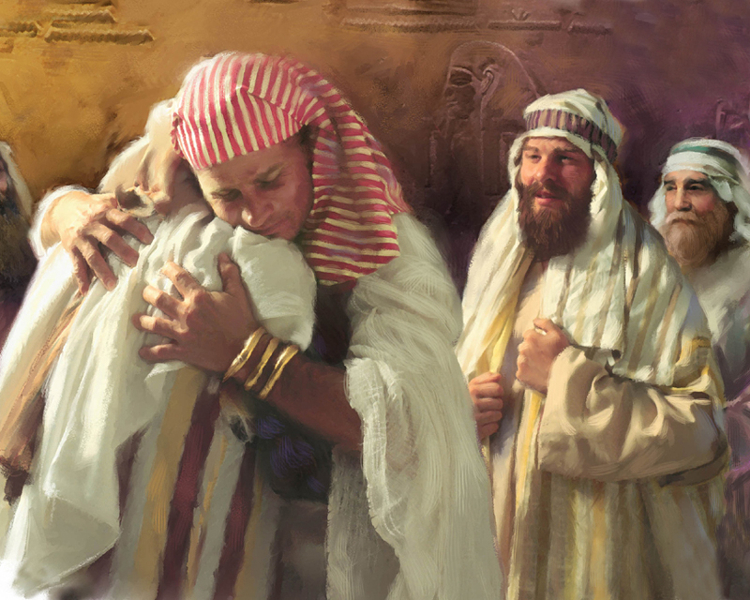 Welcome to the third podcast of our series -The Road to Forgiveness. Lost, Hopes, Dreams…Can I Forgive the Leaders of the Jehovah’s Witnesses? Although we are talking about our journey from leaving the JW religion, We can all identify with feelings of abandonment, being left out and feelings of loneliness. We encourage you to follow us our journey to healing as we endeavor to heal through the word of God.  Our Main discussion can be found in the group Healing Through the Word of God. Find the pinned post for the introduction to our study. As well as catch up with STZ’s podcast last week on chapters 39 and 40 of Genesis account. He reviews his testimony about his brother being excommunicated from the Jehovah’s Witnesses and how he saw himself through the eyes of Joseph’s brothers in this story.

Today we will journey through Genesis chapter 40 and 41 where we find Joesph in prison. He is wrongly accused of trying to sleep with Potiphar’s wife, his boss’s wife, and although it may not have seemed as a blessing at the time, Joesph was put in prison instead of killed. In this prison, God shows up by giving Joesph the ability to interpret the dreams of others. Remember in our previous chapters we found Joseph relating dreams of himself and when he related his dream to his family they resented him for it . Resentment is an understatement actually. The brothers became fiercely jealous and sold Joseph to Egypt in the first place.

Joseph now having to endure yet another experience of unjust treatment now finds himself in the prison waiting for release. I wonder how much time Joseph spent thinking about the circumstances that led up to him being sold away to a foreign land by his own family. He was only 17 at the time.  We learn in these chapters how Joseph goes from the pit to the palace because God showed up and he never left Joseph.

Many of us like Joseph have dreams. They may not be divinely inspired but these dreams give us hope while we are in the pit like Joesph. Many of us have experienced the ordeal of judicial meetings by the Leadership of the Jehovah’s Witnesses that have resulted in humiliation, isolation and even condemnation by our families. Maybe you were not excommunicated from your religion but you have been abandoned by those you love Like Joseph, SO we find ourselves in a “foreign” land trying to start our lives over and trying to heal from the wounds that were unnecessarily and at times unjustly inflicted upon us.

I gave up college because I was counseled by the Elders that the end was around the corner and that my focus should be on the door to door ministry. College is strongly discouraged by the Jehovah’s Witnesses. I remember the pressure from the congregation not to pursue college and so I dropped out because I felt guilty. Now, that I am older and the  “end” has not yet come, and I find myself struggling to scrape up a living for my family and I. I have no support from my family or the family of my husband who are  Jehovah’s Witnesses. I have come to realize that many of the teachings of the Jehovah’s Witnesses are also false. Since that realization, my family has decided to shun me or not talk to me at all until  I return to the Jehovah’s Witness Organization. They are being told by their Leaders to treat me as if I am dead unless I accept the teachings and rules of their Leaders..even if they go contrary to the Word of God.

So who do I forgive for sending me away to a foreign land like Joseph? Unlike Joseph’s brothers (who eventually repented) the Governing Body or Leaders of the Jehovah’s witnesses are convinced of their teachings concerning Christ, they have recently been fined for not turning over the records of pedophiles, their shunning policies cause suicide among their members and the lists go on and on. They are not asking for forgiveness nor does it seem they  will change  (unless they are forced by activism)

I have been in the pit of loneliness and depression over these situations for so long that I am asking God for a release. I believe that God is calling lovers of HIm to forgive others as we would have Him forgive us.  It is the Lord’s prayer. He expects us to forgive those who sin against us knowingly and unknowingly. We are encouraged to love and pray for our enemies. I don’t view the Governing Body or Leaders as my enemies but they are clear in their articles and publications that if you disagree with them you are an enemy of God and thereby an enemy of their organization.

I am learning that my unforgiveness will keep me from the palace ! I imagine that if Joseph held on to the hurt from the way that he was treated that it would have prevented him to pour out the love that was given Him. Joseph would act later as a deliverer for his family from the faminein hiss homeland. God’s hand is never short. All things work together for the good of those who loved Him and are called according to His purpose. So There is a purpose in our pain. As for those who inflicted the pain, I will leave the judgment to the one who is Judge over all and can judge perfectly according to our hearts. However, the road to forgiveness for these leaders is a long one for me. It was only until recently that I realized I was very angry and resentful of these men. It is my hope that you will join me on this road even though the path is not always clear. Forgiving and letting go is not excusing the wrongdoing of some of these leaders. But I do believe that God invites us to experience Him in his fullness. He wants us to strive to love and forgive others with the love and forgiveness He has shown us.

That wraps up the study for this week: We can begin our discussion by asking the following questions:

What tasks has God put in front of us so that we can shift our negative thoughts to productive ones?

Are there any grudges that we need to offer up to God?

What if making amends is not possible? How do we seek forgiveness to move on?

Thank you for joining us this week! I am looking forward to your comments and questions. Feel free to comment and post below or reach out to on the contact page on our blog healingforthesouloutreach.wordpress.com.  Until next time, keep yourselves in God’s love!