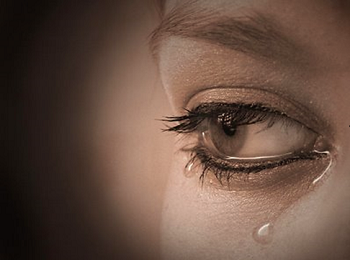 I had everything. I was devoting much of my time to ministry and  I was newly married. As a Jehovah’s witness woman, there was much to do in “Jehovah’s service”. I was attending all of the church services three times a week. I devoted my weekends to door to door ministry while returning to homes that expressed interest in the message. Conducting free home bible studies with adults, teens, and children. I had friends in which I spent my leisure time with.  But my marriage was suffering… why? We were very young and had problems adjusting after being reinstated. We were excommunicated and shunned by family and friends while dating.

Simon made a request to one of the elders of the church for an elder to chaperone our first date. I did not know that Simon had made this request however we were now talking frequently on the phone since my return from serving “where the need was greater” missionary tour in Florida. I was involved in full-time ministry and devoting over 70 +hours to the ministry every month. My mother on the way from driving from our job ( my mother and I worked together) confronted me ( I was 20 years old at the time) with telephone records of my calls to Simon.  She made it clear that I could not talk on the phone with boys unless I was prepared to get married. I let her know that I was talking to Simon and I had not planned on stopping. She became furious and while driving and swerving maniacally on the freeway took her fist and punched me square in the eye.  As the blood streamed down my eye she proceeded to come off the freeway and parked at the nearest gas station. After cursing me out She pushed me out of my car (the family car was in my name, as my parents were addicts) and drove off.

I called my grandfather who was not at home at the time. My next call.. well was to my then friend Simon.  Simon raced to the gas station to pick me up and took me to his parent’s house. Simon’s father was an elder of our congregation who then took us the police station to file a report. I was scared and frantic. I was deeply embarrassed in front of my friend Simon. But that was the day he became my superman unbeknownst to me years later. I had no idea why he cared or why he would stay after.

I could not decide where to stay because I definitely would have gotten into more trouble by my parents. After all, I had not come home that day and I filed a police report against my abusive Jehovah’s Witness mother. Where could I go? I knew no one outside of the Jehovah ‘s Witnesses really. Jehovah’s Witnesses were forbidden to have any relationships outside of the church. I could not go to a Jehovah’s Witnesses family member because there would be too many questions. I had other siblings who were afraid of foster care as a result of Child Protective Services and I thought the incident would bring reproach on Jehovah’s name. In other words, it made God unhappy and it would bring shame God’s organization I finally made a call to my Non-Jehovah’s Witness Aunt.  But my abuser beat me in calling her. I was not ready for what my Aunt had to say. After all I barely knew her as she was not a Jehovah’s Witness. I was also coming clean about the abuse that she knew had gone on in my family for years…..